INTRODUCTION:
Some Common house rules in my games:

All characters in my Campaigns start at 1st level,or lower at the beginning

First off, I do my best to create a fully detailed world that is independent but effected by the characters to create a more realistic game. This includes but is not limited to… global weather events such as earthquakes or volcanoes erupting; Politics between countries including war, trade routes and different economies; Other characters trying to make their own mark on the world; Biological or metaphysical diseases, and different languages across the globe. I have based most of my countries and races off of some variation of real world cultures so they have some reference to my players, Such as Celtic wood elves or Roman Wolfen. In doing this it has helped me to create a more fully realistic people with customs, architecture, technology, etc…

I try to do my best to find out what kind of game my players enjoy so it’s best for me and my players to sit and talk about what kind of games they like to play most. It’s a game and the idea is to have fun so it works best if i know my players interests. I do enjoy a lot of details in my game and I work my best when given time (usually a week) between adventures. I like to encourage my players to write their out their characters background and any kind of plot devices they might want to add…such as some dark family secret, a long lost brother or anything else.

I don’t really care for generic hack and slash games anymore…I have grown out of that awhile back but if that’s the kind of game my players feel like, and they just want to kill something then I’ll dig out my game Battlelords and play it….Its a pure combat mini-RPG and its lots of fun.

I feel Epic level characters should be earned not rolled up like any other character, I do not like to play Monty Hall/Power games…so no characters will ever be wielding Mjolnir or the like, attacking Gods and Goddesses. Its simply not going to happen. Characters can work their way up from nothing and become Generals of vast armies or Kings or even Emperor…but to become a God would be a very long campaign of which the character would retire once Godhood was attained.

As far as treasure that characters earn by combat or otherwise obtained. I tend to try to give out many types of treasure. Such as Land, Titles, Letters of Mark (Reputation Points), Art, Books, and other gear as well as the normal coins, gems and Magic items. So players are encouraged to keep a eye out. Also most of my countries each have their own currency so characters will have to use moneychangers going from country to country.

I have found that most of my best games were with very low level characters because my players were forced to think on their feet and use their wits instead of just overpowering and killing everything like a swarm of locusts. Also player character death is more often than not…permanent. It is possible to bring a character back to life with a powerful enough priest but such a event is very uncommon (Why should the Gods allow this person come back???). Reincarnation is far more common than actual resurrection.

I generally allow most any Classes, Races, Prestige Classes, Monsters, Spells, etc… that are “official” from either core books, DRAGON Magazine, or any other published supplement book such as those from Green Ronin.

I reserve the right to disallow anything
I deem too powerful, weird, gross, silly or just damn annoying.

As far as religion goes for my characters, I generally use the vast amount of real world religions as my basis as they are extremely detailed and useful, but game based religions are also allowed and as for myself personally…I am a very open minded heathen tending towards my Germanic heritage.

On a different note, I personally always try to make sure any female players do not feel abused or mistreated in the game or in person and I have no problem gaming with any players who are Gay/Lesbian and want to create similar characters. Frankly I am just to open minded a person to let such things bother me.

Technology in the world:
Technology is generally around a renaissance era with lesser tech areas existing in various lands.
The biggest difference is Gunpowder was never invented for warfare. Firearms do NOT exist.
Magic being far more versatile and useful and all races have access to it.

Levels of Technology:
a) Gnome Technology is the most advanced. They have up to and including Steampunk and Spelljamming technology.

c) Human technology also is second only to gnomes in general except in mining techniques where its bested by Dwarven technology.

d) Elves generally do not use much technology, instead preferring magic for almost everything but they do have extensive spelljamming technology in certain areas.

e) Halflings are a quite folk mostly so they have little need for complex technology.

Magic in the world:
Magic is fairly common in the world and does replace many technology items and generally improves life. Druids improve and help crops grow, Temples heal the wounded and, Soldiers use magical potions to heal themselves on the battlefield, etc…

Because of this, the cities and towns can support more people than historical eras could. Also, in most of the world magic is well known and legal but there are a few places where spell casters are outlawed and anyone caught using forbidden magic will be jailed.

Magic users are fairly common but magical items are not except for one time use items such as potions. I do not easily give out magical items. Your character has to earn them or create them.

I also do not have “Magic shops”. There is no local shop at the corner to buy your Plate mail +7
or buy your magic spells once you gain new levels. I do have Wizard Colleges and Magical Academies but they are places of training. To gain magical items you must either search for them or create them and to gain new spells you must either trade with another wizard, train in a magical college, or do arcane research to create new spells.

I use spell ingredients for all wizards to add a touch of realism to the game as well as Alchemy.
New spell research, new alchemy inventions, and other such arcane work are encouraged. Planer travel is possible with the right magic spells and I generally do not use psionics in my games. 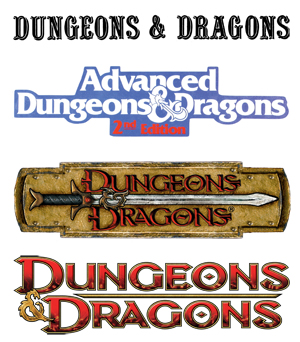 Trouble in the Homeland WolfLarrysson

Trouble in the Homeland Comments

I'm sorry, but we no longer support this web browser. Please upgrade your browser or install Chrome or Firefox to enjoy the full functionality of this site.